Mosquito Gadgets eat your Money and are Potentially Dangerous

You have most likely heard of them. The mosquito gadgets that promise the solution to getting bitten by mosquitoes.
First of all they come in many different forms and above all they come at many different prices.
From candles to wrist bands and from telephone apps to mosquito guns, they all promise one thing: “The best anti-mosquito product available”. How we wished that was true!
I recently saw a post on Instagram about some wrist band against mosquitoes. Incognito I asked the gentleman how that band works. His answer was that “it keeps mosquitoes at a distance”. When I later asked him how mosquitoes are kept at a distance, no more answer was provided. These kind of people have no idea about mosquitoes. The only idea they have is how to eat your money with selling you a useless product. 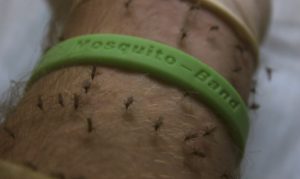 The wrist band
They come in different shapes and colors and they are probably the most popular gadget “to protect yourself” against mosquito bites. Yet scientific research has proven that they hardly work. Biting rate goes down in the immediate area of the wrist band. But I have one more arm and two more legs which will be unprotected when wearing this gadget around my wrist. Our mosquito research laboratory in Germany has also tested different wrist bands - all volunteers got a lot of mosquito bites on their supposedly protected arm. Conclusion: protection not proven!

The Sound app
Nowadays you can download an app that supposedly emits a sound at a certain frequency. The only thing you have to do is put your phone next to you and “it will chase mosquitoes away”. The idea is that the sound imitates the noise of male mosquito wings, and females avoid males. For sure, the app emits a sound. The problem is that scientific research once again has found that Electronic Mosquito Repellents (EMRs) are also not working. Conclusion: “EMRs are not effective in repelling mosquitoes and should not be recommended or used”. 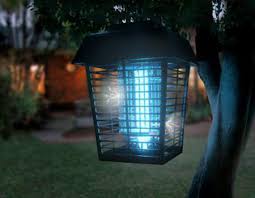 Bug Zappers
Bug zappers are those neat, fancy, slick looking smaller ‘bug traps’ that often use UV-light. Some of them even claim to emit CO2 by catalytic reactions on titanium dioxide-coated surfaces, but these amounts of CO2 are far to low to attract mosquitoes. If you want to boost your catch by using CO2, you should use CO2 from bottles, dry ice, or a trap that generated CO2 from propane. Unfortunately the UV-light attracts beneficial insects in high numbers and we really don’t want to catch them! According to Vector Disease Control International only 6.4% of insects caught in bug zappers were mosquitoes, of which half were males (who don’t bite people!).
Conclusion: “…but do they work [against mosquitoes]? No!”

So are there no gadgets at all that work against mosquitoes?
In my opinion there is one that does work: the electric mosquito swatter. This gadget costs only a few dollars and you don’t have to be Federer to use it - and it's fun using it. Maybe you should be Federer as this gadget is great to take out the odd mosquito here and there (sleeping room), but it will not decrease a mosquito population around your house. Conclusion: It does work against (very) small numbers of mosquitoes.

The above gadgets (apart from the fly-swatter) are not only a financial rip-off. Above all they give people a false sense of protection. Believing all the wonderful promises of marketeers and advertisers prevents people from taking adequate protective measures against dangerous mosquitoes, exposing themselves and their families to potentially dangerous diseases. So before you spend some money on the next ‘wonder against mosquitoes’, do some research and try to find scientific proof about the working of the gadget. I bet there often isn’t any! Scientific proof of the efficiency of Biogents mosquito traps you can find here.

So what do you think should be done against products that do not deliver what they promise?
Leave your comments in the section below.